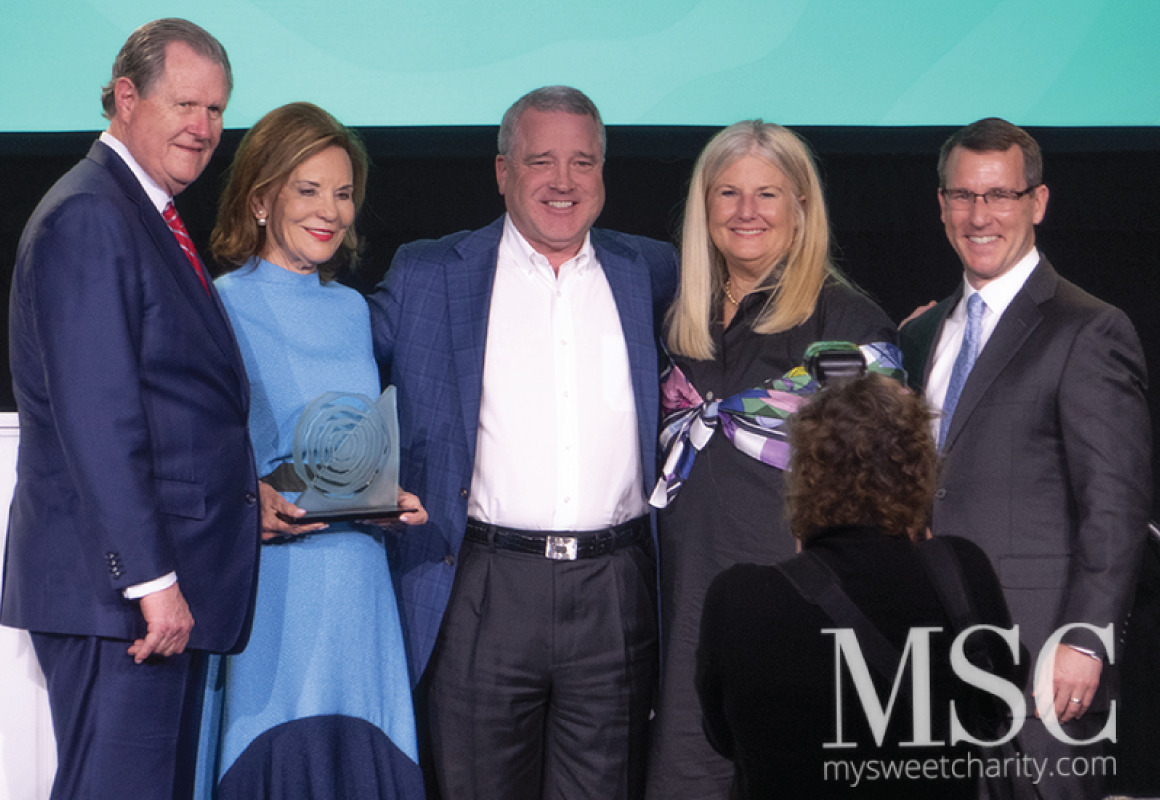 After two years of postponing, rescheduling and finally having the big day come on Tuesday, March 1, most guests at The Senior Source’s Spirit of Generations Luncheon just thought the spotlight would focus only on longtime community leaders Kathy and Larry Helm and the Junior League of Dallas.

But at the VIP Reception beforehand in the Plum Room, another person was being celebrated. Bank of Texas EVP Bob White told the group that in addition to honoring the Helmses, the day was also a celebration of 2002 Spirit Of Generations recipient Linus Wright, who was turning 95. As The Senior Source President/CEO Stacey Malcolmson said later, “around The Senior Source we love to celebrate birthdays.”

Before the celebration moved to the Anatole’s Grand Ballroom, the reception was like a reunion of sorts with guests playing the game of the day — catch-up. Over the past couple of years, Luncheon Chair Robin Bagwell had started the podcast “Reading in Recovery” with her buddy Jan Osborne, with one episode being a conversation with Ray Wylie Hubbard, who discussed his journey to recovery… Margo Goodwin admitted that the two past years of being mayor of Highland Park and serving as co-chair of the Junior League of Dallas’ Centennial Celebration had kept her busy pivoting from one role to another. That, in addition to having husband Dr. Bill Goodwin working from home, then going back to the hospital and then back home… Brent Christopher was in countdown mode for his wedding to Monica Egert Smith on St. Patrick’s Day weekend. When asked if he would be wearing a shamrock green bowtie, the buttoned-down Christopher replied that he would be in a proper black-tie tuxedo… The Senior Source Board Chair Peter Hegi was joined by his folks, 2016 Spirit of Generations recipients Jan and Fred Hegi. Wife Amy Hegi and his sister-in-law Libby Hegi were joining him in the ballroom… Helms daughter Marci Kramer had made the occasion a family affair bringing along her daughters, Mary Caroline Kramer, Hannah Kramer and Charlotte Kramer… Other past Spirit recipients in the room included Diane in white cowboy boots and John Scovell (2017), Becky Bright (2011) and Carolyn Miller (2011).