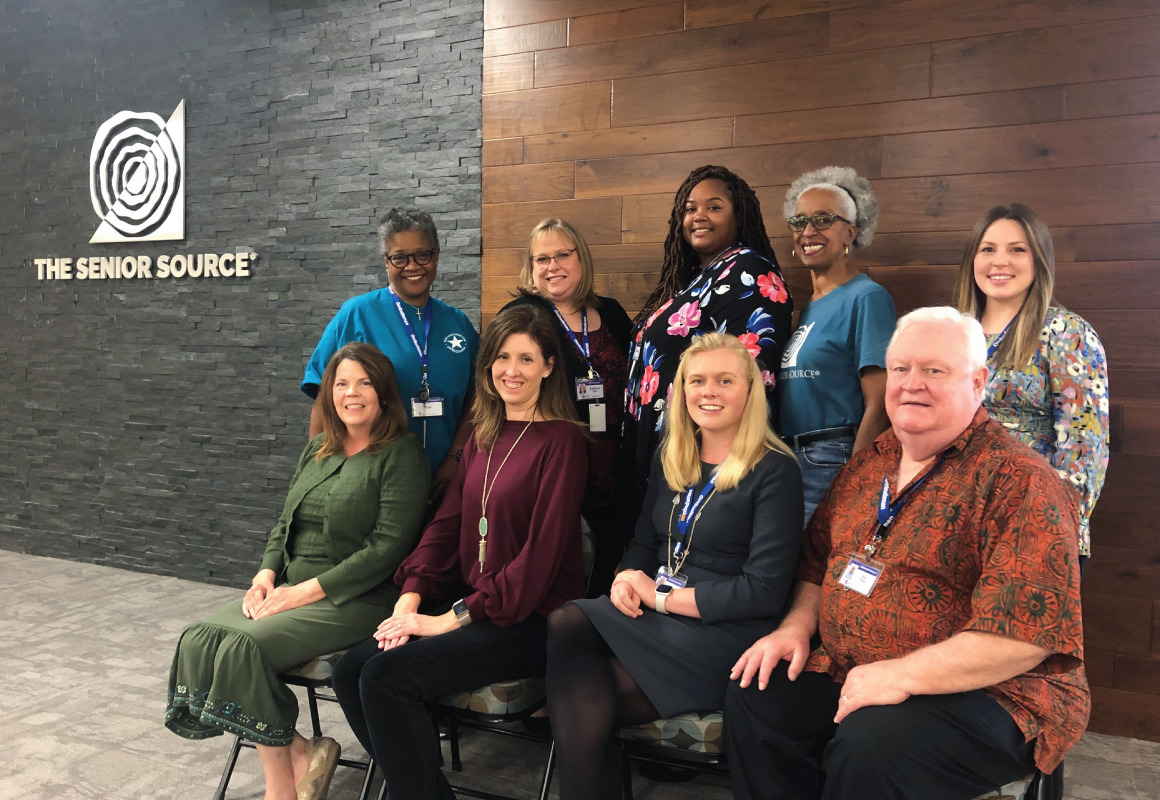 An ombudsman is an official or advocate who is appointed to investigate individuals’ complaints against an inefficient or dishonest administration. Since October, the ombudsman program has served 10,438 residents in Dallas County. African Americans make up nearly 24% of that population.

The Long-term Care Ombudsman program, offered through the Senior Source, is a federally mandated program that was established with the Older Americans Act of 1965. The act was the first federal-level initiative aimed at providing comprehensive services for older adults. Signed into law as a response to concerns about the lack of community social services for older persons, the act established grants to states for community planning and social services, research and development projects, and personnel training in the field of aging. Since the program is federally mandated, the services are free and available in all 50 U.S. states and Puerto Rico.

Assisted living and long-term care ombudsmen are resident-directed advocates, meaning that they must understand the wishes of the resident and have the resident’s permission or consent to take action. Issues of concern may include nutrition, personal care, safety concerns, financial mismanagement, etc. – anything that impedes or impairs the resident’s quality of life.

“If a family member calls me and says, ‘My mom is not showering and she’s not eating in the dining room. Can you please help?’ I’m going to say, ‘Definitely.’ I’m going to go talk with your mom, but I need her permission to take action, and I need to know what she wants to do. … Ultimately, I’m going to respect her wishes and her rights as a whole person to make a decision … I would get her permission and advocate for what it is she wants,” explained Assisted Living Ombudsman Mindy Kitchens

Long-term Care Ombudsman Arrelle Turner explained that in her role, she visits nursing and assisted living facilities daily, talks with the residents or their family members and addresses issues and concerns they may have regarding the resident’s care.

“If I see egregious abuse or neglect happen, in front of my own face, I can’t do anything about it unless I have permission from the resident involved,” Kitchens said. “One of the things I’ll do in that instance is really encourage them to find a staff person they trust. If there is someone that we can identify together, we’ll get that person in the room and try to get them to tell the story to that staff person, and then I will remind that staff person that you are a mandate report and you must report this.”

An ombudsman has a complex role of being a confidant, an advisor, an advocate and a mediator. However, the reasons they become an ombudsman are usually more simplified.

When Kitchens was growing up, she and her family cared for her Aunt Tuts, whose husband had passed away. The family’s Saturday activity was to pick up Aunt Tuts and take her out to breakfast, do her shopping and to spend the day with her.

“My Aunt Tuts, I see her in every resident that I care for, that I help, and I feel like I see her every day,” Kitchens said explaining her motivation to become an ombudsman.

Turner stated that she has always been interested in helping older adults.

“That’s always been my passion, even when I was in college. I worked as a direct care staff in a state-supported living center, which isn’t necessarily long-term care, but it’s still providing most of the people in that facility, who are older, and that is where I found that I do like working with the older population. Especially because, most of the people in long-term care are more vulnerable, so I’ve always just had an interest in making sure that those who are most vulnerable are protected,” Turner explained.

As an assistant living ombudsman, Kitchens handles a variety of issues that include concerns with food preferences, roommate disagreements, housekeeping concerns, pest control, concerns with the staff, abuse and neglect, exploitation, misuse of money or the wishes of the resident not being respected by the power of attorney.

“A lot of times, I’ll get a resident that knows me, that’s comfortable with me, who will express some concerns that are very real concerns, and they don’t want me to do anything because they are afraid of the potential consequences. So, then, I need to keep their information confidential. I will make a note of that, and I’ll keep bringing it up. I’ll keep monitoring it, and if I can see that whatever this person has disclosed to me is happening to two or three, four or five other people, at that point, I can call it systemic. And I can be the complainant, and I can address it without having to bring up anyone’s name,” Kitchens stated.

Turner stated that the most common issue she addresses is connected to the failure to respond to requests for assistance.

“That’s mainly associated with call lights … I get a lot of concerns from residents that staff aren’t answering their call lights in a timely manner or at all and that they’re not getting whatever care assistance that they need from staff,” Turner said.

Additionally, although an ombudsman cannot make recommendations, he or she can speak to families and potential residents and discuss how to select an assisted living facility or nursing home. They can also discuss the types of complaints they have handled at a specific facility.

“We can help family members narrow the list, as far as long-term care facilities. So, we often get calls from family members or people who are looking for long-term care. And we can help them go through that list and figure out what they need to do in order to find a place for their loved one. Things they need to look out for, different facilities that are more applicable to their loved one’s needs,” Turner added.