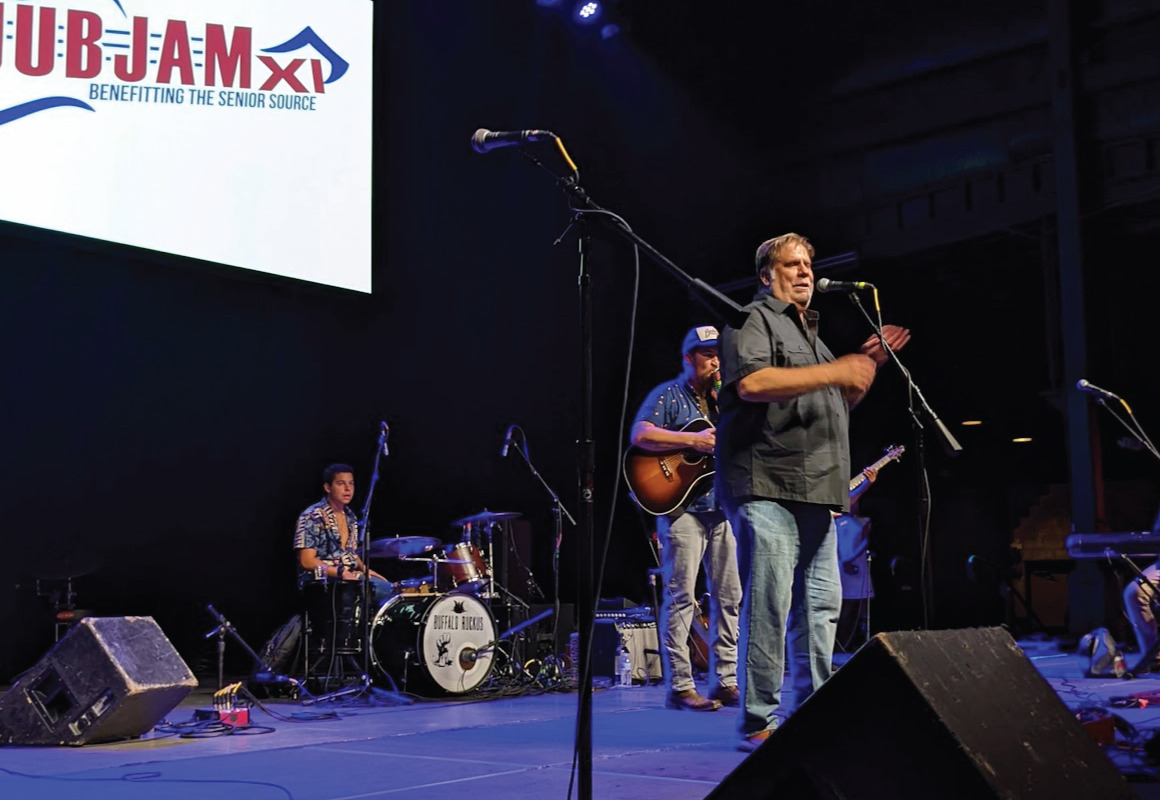 Noting the care and attention needed by senior citizens, The Ticket personality made it a mission to raise money for the Senior Source.

George Dunham and his siblings were able to care for their bedridden parents during the later stages of their lives. The experience, he said, struck a chord with him.

“It made me wonder how other people in my parents’ condition are able to manage if they don’t have the resources they need,” Dunham explained on his band’s website.

Not long after Dunham’s father died in 2004, he researched organizations that supported seniors. He came upon Dallas-based the Senior Source, whose mission is to provide resources and help to seniors who need it most.

“In 2006, we completed our first project, a piggy bank collection with a local bank,” he said. “That was great, but I wanted to do more.”

At the time, Dunham was putting together his band, the Bird Dogs, and they began spitballing ways to use music for good. As co-host of the morning show on Sportsradio 96.7 FM/1310 The Ticket (KTCK-AM), he was in a position to give even more backing.

The result was Jub Jam, an annual music concert. Dunham is known to his legions of fans as “Jub Jub,” and the event is, of course, a music jam.